When I mention Brownies I am thinking gooey, fudgy, rich chocolate mouthfuls. However, now I have taken it one step further on the advice of a Mexican spice king and it means chilli. Plenty of it. I’m betting these Chilli Chocolate Brownies are unlike any others you might have tried.

I found this recipe in an old magazine at the dentist’s. It was created by a well known Mexican chef by the name of Aaron Sanchez. This guy likes to spice things up more than a notch. Of course you can tone it down but if your are used to some heat, I think the amount of cayenne pepper used is a good place to start.

Chilli Chocolate Brownies are not for the uninitiated. They heat up your mouth and pack a small punch but boy do they taste good! The hint of cinnamon really makes them sensational and is definitely what makes these brownies stand out. 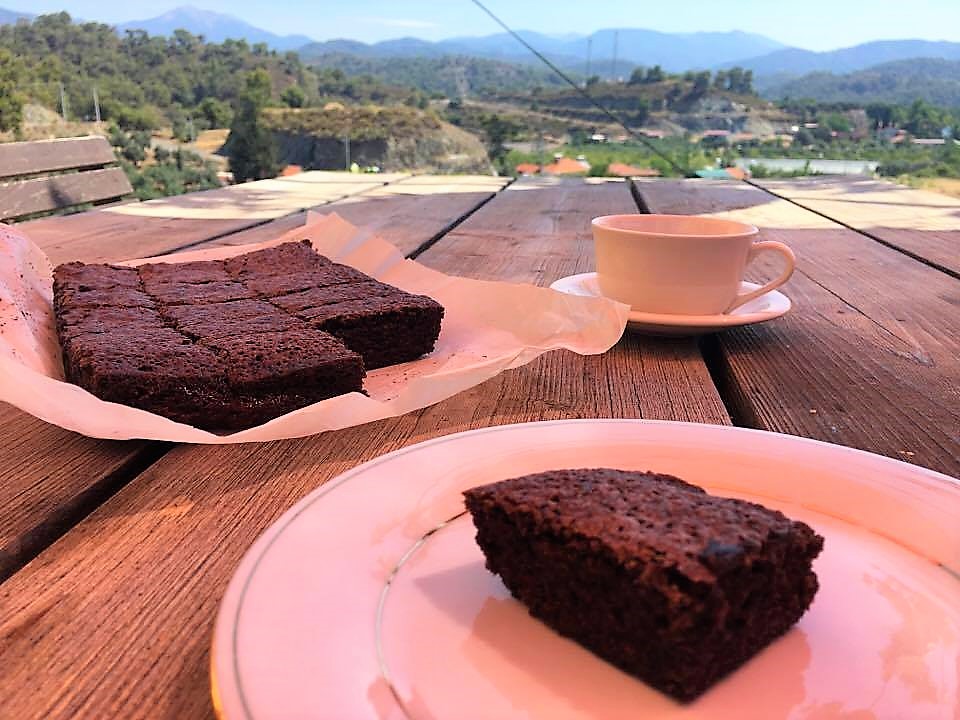 This was my first batch cooked exactly as prescibed by Aaron Sanchez. 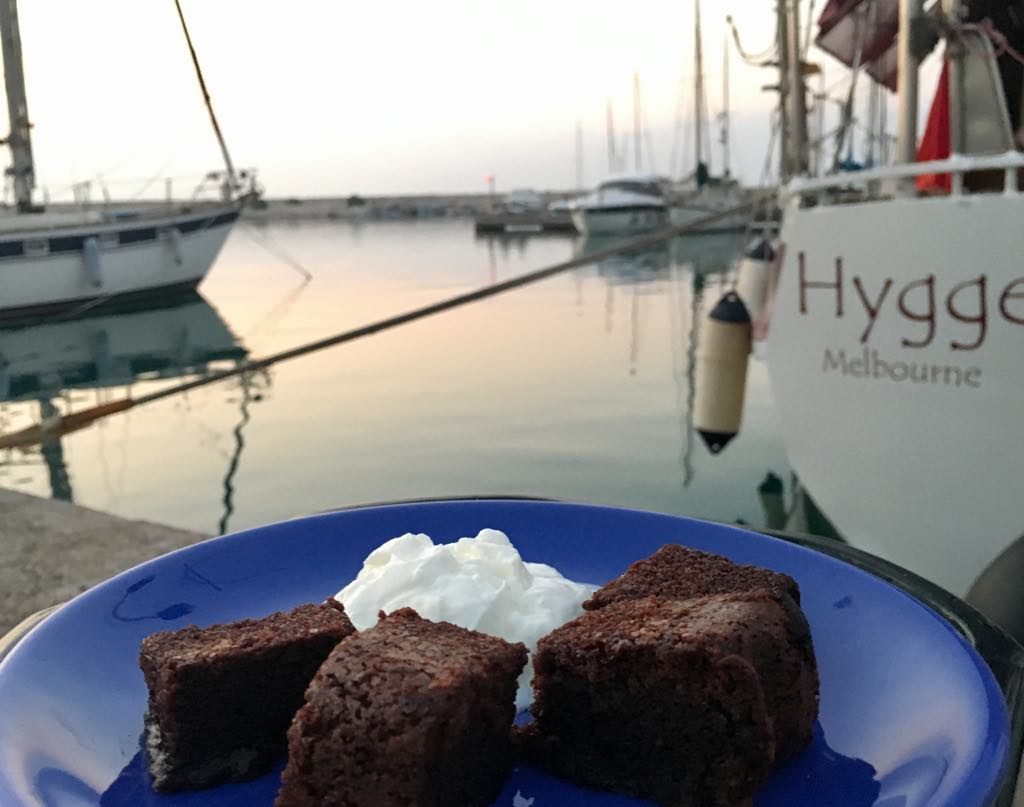 This was the second batch., cooked in a bread maker as there’s no oven on board. I halved the recipe and mixed it in a different order.

Below you will find the same recipe written twice. The reason being is that one suits a normal oven and the other is suitable for bread makers. The latter is mixed in a different manner and only makes a half batch. It is important to follow the recipe that suits your appliance.

Chilli Chocolate Brownies
Print
Prep time
15 mins
Cook time
30 mins
Total time
45 mins
Author: Lulu Witt
Recipe type: Dessert
Cuisine: Mexican
Serves: 8
Ingredients
Instructions
3.5.3251
Now that we are living on a yacht, we do not have the luxury of an oven so I settled for making these in the bread maker. 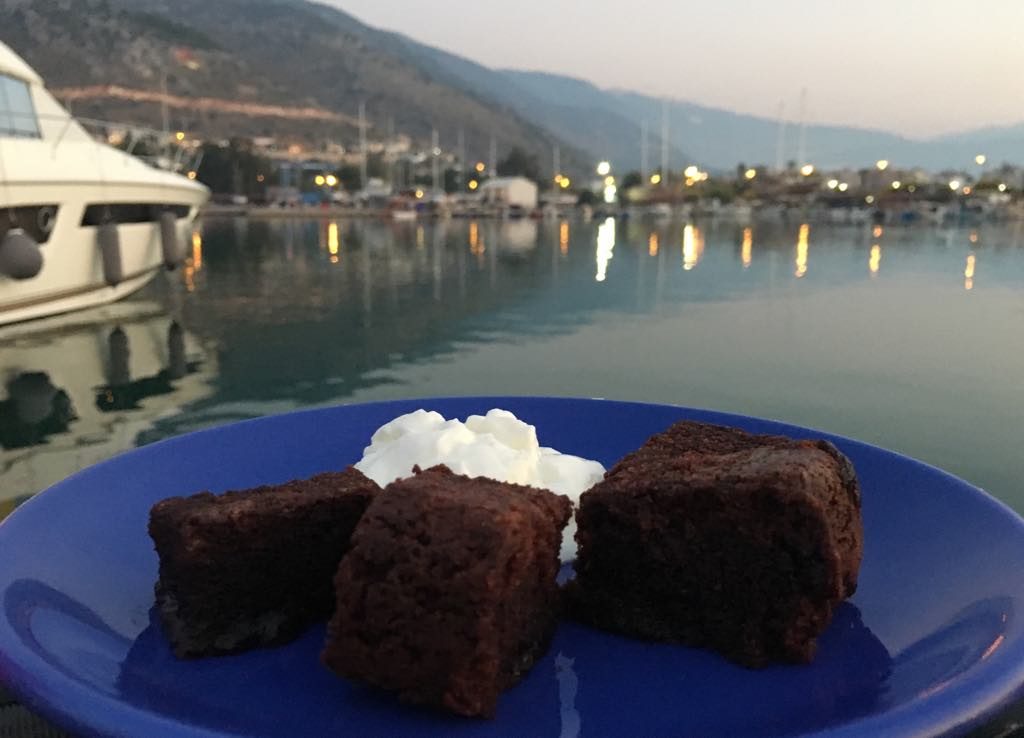 I was really pleased with how they turned out, using a breadmaker. It was incredibly easy.

To make these Chilli Chocolate Brownies in the bread maker it was necessary to halve the recipe and adjust the order in which the ingredients were added. 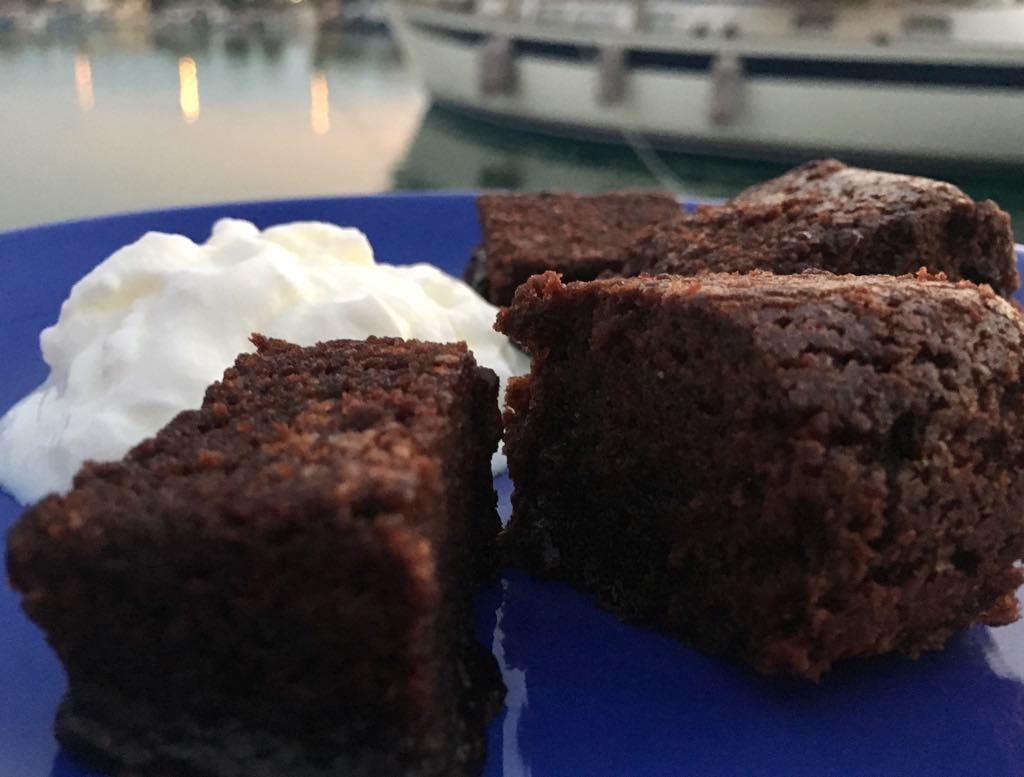