Here in Istanbul we are surrounded by water: the Sea of Marmara, the beautiful Bosphorus and Golden Horn, and then the Black Sea. You would think that fish would be cheap – but it isn’t, and dinner in one of the many fish restaurants especially by the sea can be surprisingly pricey. 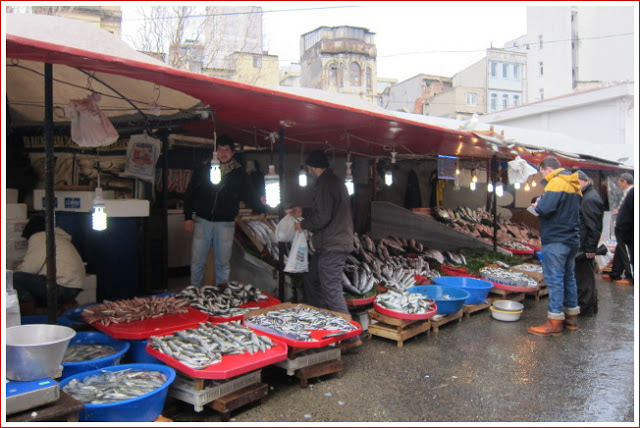 A wet day for the fishermen in Karaköy

All fish meals always start with any number of meze followed by the fish traditionally grilled, baked or fried and served with a salad. For me the meze are almost enough in themselves but I am always persuaded to have a fish afterwards. The most popular drink with fish especially in summer is rakı but a bottle of nice dry white wine is equally acceptable.

I love the traditional fish places like Karaköy and Kadıköy for their displays and atmosphere but in my experience the fish counters in the supermarkets do a better job of cleaning the fish especially if you want fillets.

We were having friends round so I thought I would get some fillets of sea bass/deniz levreği, generally considered to be the queen of the fish, so I headed for my local Migros which has a great fish counter. I bought 3 beauties which were meticulously prepared and sliced into 6 fillets. This recipe adapted from Alev Kaman’s Modern Türk Mutfağı calls for a delicious sauce which I thought would make a change! 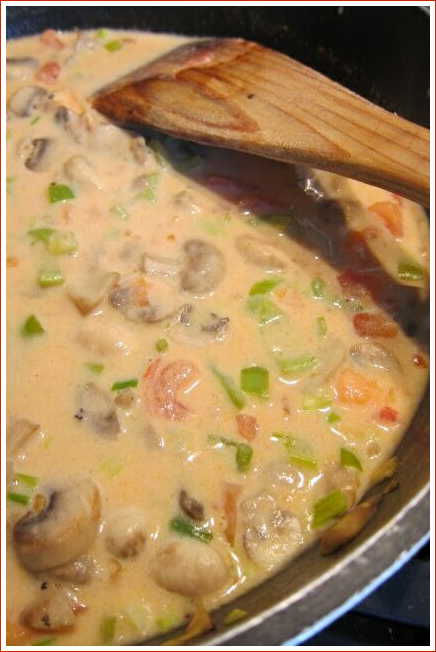 The sauce is underway 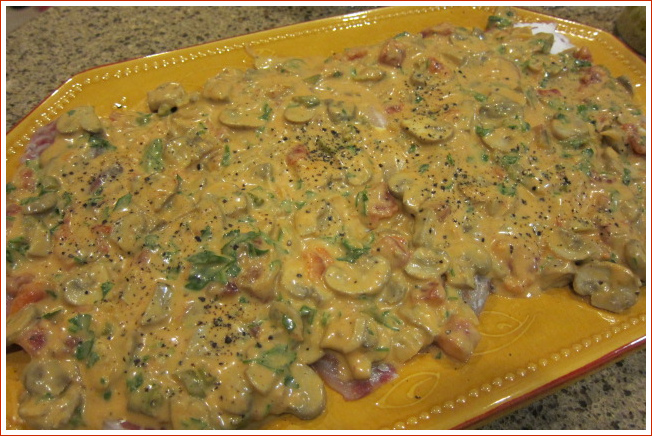 Ready to go in the oven

Some potatoes and a green salad are all you need to go with this delicious fish dish.
Afiyet olsun!